in the 1920’s
So famous and renowned is Taylor Caldwell, that it is difficult to visualize her as a wan, depressed, and frightened young mother; alone, jobless, nearly destitute, and having to face the bleakest Christmas of her life.  She had almost lost faith in God Himself.
And then...
"My Christmas Miracle"

For many of us, one Christmas stands out from all the others, the one when the meaning of the day shone clearest. Although I did not guess it, my own "truest" Christmas began on a rainy spring day in the bleakest year of my life. Recently divorced, I was in my 20s, had no job, and was on my way downtown to go the rounds of the employment offices. I had no umbrella, for my old one had fallen apart, and I could not afford another one. I sat down in the streetcar, and there against the seat was a beautiful silk umbrella with a silver handle inlaid with gold and flecks of bright enamel. I had never seen anything so lovely. 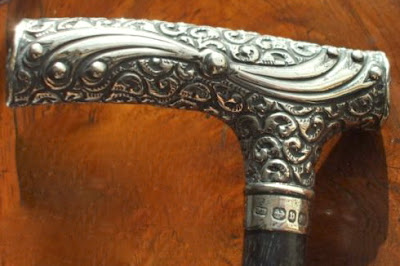 I examined the handle and saw a name engraved among the golden scrolls. The usual procedure would have been to turn in the umbrella to the conductor, but on impulse, I decided to take it with me and find the owner myself. I got off the streetcar in a downpour and thankfully opened the umbrella to protect myself. Then I searched a telephone book for the name on the umbrella and found it. I called, and a lady answered. Yes, she said in surprise, that was her umbrella, which her parents, now dead, had given her for a birthday present. But, she added, it had been stolen from her locker at school (she was a teacher) more than a year before. She was so excited that I forgot I was looking for a job and went directly to her small house. She took the umbrella, and her eyes filled with tears.
The teacher wanted to give me a reward, but--though $20 was all I had in the world--her happiness at retrieving this special possession was such that to have accepted money would have spoiled something. We talked for a while, and I must have given her my address. I don't remember. 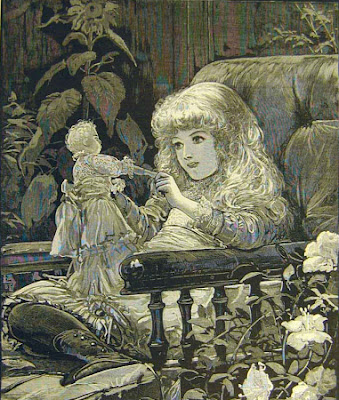 The next six months were wretched. I was able to obtain only temporary employment here and there, for a small salary, though this was what they now call the Roaring Twenties. But I put aside 25 or 50 cents when I could afford it for my little girl's Christmas presents. (It took me six months to save $8.) My last job ended the day before Christmas, my $30 rent was soon due, and I had $15 to my name--which Peggy and I would need for food. She was home from her convent boarding school and was excitedly looking forward to her gifts the next day, which I had already purchased. I had bought her a small tree, and we were going to decorate it that night.

The stormy air was full of the sound of Christmas merriment as I walked from the streetcar to my small apartment. Bells rang and children shouted in the bitter dusk of the evening, and windows were lighted and everyone was running and laughing. But there would be no Christmas for me, I knew, no gifts, no remembrance whatsoever. As I struggled through the snowdrifts, I just about reached the lowest point in my life. Unless a miracle happened I would be homeless in January, foodless, jobless. I had prayed steadily for weeks, and there had been no answer but this coldness and darkness, this harsh air, this abandonment. God and men had completely forgotten me. I felt old as death, and as lonely. What was to become of us? 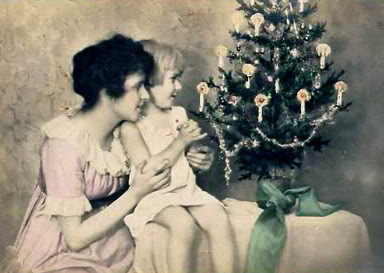 I looked in my mailbox. There were only bills in it, a sheaf of them, and two white envelopes which I was sure contained more bills. I went up three dusty flights of stairs, and I cried, shivering in my thin coat. But I made myself smile so I could greet my little daughter with a pretense of happiness. She opened the door for me and threw herself in my arms, screaming joyously and demanding that we decorate the tree immediately.

Peggy was not yet 6 years old, and had been alone all day while I worked. She had set our kitchen table for our evening meal, proudly, and put pans out and the three cans of food which would be our dinner. For some reason, when I looked at those pans and cans, I felt brokenhearted. We would have only hamburgers for our Christmas dinner tomorrow, and gelatin. I stood in the cold little kitchen, and misery overwhelmed me. For the first time in my life, I doubted the existence of God and His mercy, and the coldness in my heart was colder than ice. 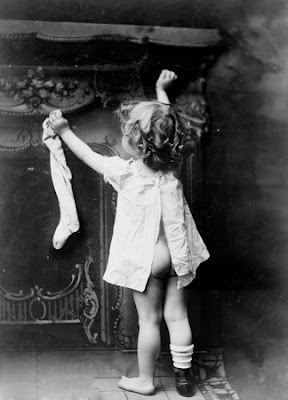 The doorbell rang, and Peggy ran fleetly to answer it, calling that it must be Santa Claus. Then I heard a man talking heartily to her and went to the door. He was a delivery man, and his arms were full of big parcels, and he was laughing at my child's frenzied joy and her dancing. "This is a mistake," I said, but he read the name on the parcels, and they were for me. When he had gone I could only stare at the boxes. Peggy and I sat on the floor and opened them. A huge doll, three times the size of the one I had bought for her. Gloves. Candy. A beautiful leather purse. Incredible! I looked for the name of the sender. It was the teacher, the address simply "California," where she had moved.
Our dinner that night was the most delicious I had ever eaten. I could only pray in myself, "Thank you, Father." I forgot I had no money for the rent and only $15 in my purse and no job. My child and I ate and laughed together in happiness. Then we decorated the little tree and marveled at it. I put Peggy to bed and set up her gifts around the tree, and a sweet peace flooded me like a benediction. I had some hope again. I could even examine the sheaf of bills without cringing. Then I opened the two white envelopes. One contained a check for $30 from a company I had worked for briefly in the summer. It was, said a note, my "Christmas bonus." My rent! 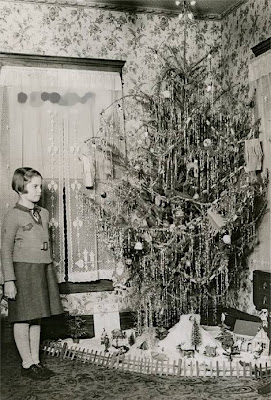 The other envelope was an offer of a permanent position with the government--to begin two days after Christmas. I sat with the letter in my hand and the check on the table before me, and I think that was the most joyful moment of my life up to that time.
The church bells began to ring. I hurriedly looked at my child, who was sleeping blissfully, and ran down to the street. Everywhere people were walking to church to celebrate the birth of the Savior. People smiled at me and I smiled back. The storm had stopped, the sky was pure and glittering with stars.
"The Lord is born!" sang the bells to the crystal night and the laughing darkness. Someone began to sing, "Come, all ye faithful!" I joined in and sang with the strangers all about me.

And that, of course, is the message of Christmas. We are never alone. Not when the night is darkest, the wind coldest, the world seemingly most indifferent. For this is still the time God chooses.


Editors Note:  Janet Caldwell at the time this Christmas Story took place, lived at 86 Brayton St. in Buffalo. At later times in her life she lived at 782 Potomac Ave. and then later 129 Greenaway Rd. in Eggertsville to name a few.


Also See:
"Yes Virginia, There is a Santa Claus"

Beautiful... And that, of course, is the message of Christmas. We are never alone. Not when the night is darkest, the wind coldest, the world seemingly most indifferent. For this is still the time God chooses.

What a beautiful story. The Creator is always with us, if we just stop to listen and feel.

Taylor Caldwell lived on Audley End, in Eggertsville, around the corner from Greenaway. Her house was two doors down from where I grew up.