I always considered it a great honor and privilege to have had the opportunity to photograph the Scoopers. It was thanks to the late Tommy Connors who often stopped by the Harbor Inn with his fellow scoopers after a long day of unloading. He always spoke historically of the profession with a lot of pride and knowing that some day soon the job would all become obsolete and disappear into history.  He told me "the scoopers needed to be documented, very few people know about our job or if they did even fewer ever saw how it was done. Most of the wives, he said, have no idea what we do." He feared at the time that their job probably had about five years at the most. That was in the early 1980s, but to their testament they hung around till 2003. I was of course one of those who had heard of scoopers but zero knowledge of the job. He invited me to photograph the next scoop which was the Kinsman Independent unloading the next morning at the Lake & Rail Elevator.

Most times when a photographer goes out on an assignment they are somewhat familiar with the subject matter and prepare for it accordingly. I had no concept or understanding of what I was going to photograph.  Approaching the ship I was dwarfed walking next to this enormous elevator, a 125  foot wall of concrete, then climbing up the ladder with the scoopers to the ship's deck gave me a feeling of an explorer discovering a lost world for the first time.  With occasional guidance from Tom Connors on what is going on, I began to feel a bit more comfortable and then let my photographer instincts take over on what to photograph.

The preparation and setup needed before any scooping could get done was enormous and confusing, to my eyes, but done with apparent ease by these men, backed by the knowledge of over a 100 years! This automated method of scooping with the large shovels was a system invented here in Buffalo in 1863 and so efficient, virtually unchanged right to the very end in 2003. Most people not connected in some way with the industry don't realize that the marine legs which removed the grain from the ships hold, could not complete the task without the aid of these gangs of men. Grain would eventually stop flowing to the leg when it got low enough.  It then has to pushed in some way to the leg.

They used the large marine leg in the elevator to lower equipment down into the hold for setup. Two LARGE shovels were placed into position then the task of running the ropes from the marine tower where the power was, to the shovels was next. This task was bewildering to me, from above it looked like a spider spinning its web. There were steel rings, ropes and pulleys everywhere. Men standing knee deep in the grain passing ropes to each other pulling it through these rings and pulleys and eventually to the shovels where they were tied down. "What is happening here?" I thought to myself. So I just kept advancing the film and clicking the shutter. (no digital in those days) Once it was ready to go, the electric motors fired up the marine leg, the clutch drives in the tower started spinning to power the shovels, and four men stood in the grain below clutching ropes, (finding out later called "brakemen") who would control the shovels to go forward, pushing the grain toward the leg and then reverse to the back of the hold to start the process again. There were two brakemen per shovel, one for forward, one for reverse.  The "dance" was on, but was unlike any dance I have ever been to.  By the end of the day I walked away stunned by what I had just witnessed. That is how my love and appreciation of the grain elevators along with the technology and the men and women associated with them began, not with a whimper, but a BANG!

Tommy Conners did not stay with us long enough to see the end of this profession in 2003.  But because of his love of history and wanting the legacy of the Scoopers to be known and appreciated long into the future, he inspired me in a way that changed my life, and also my attitude toward the grain elevators and the men who labored, hidden in the holds of the ships for well over 100 years.  So Tommy Connors, I Thank You now, for trusting me to carry this legacy forward.
For those who will be leaving a comment below, be aware that it will not appear immediately. All comments are moderated by myself to screen out spam comments which are numerous. I check every few days so be patient, if on topic it will appear.
Thank You - Jerry Malloy 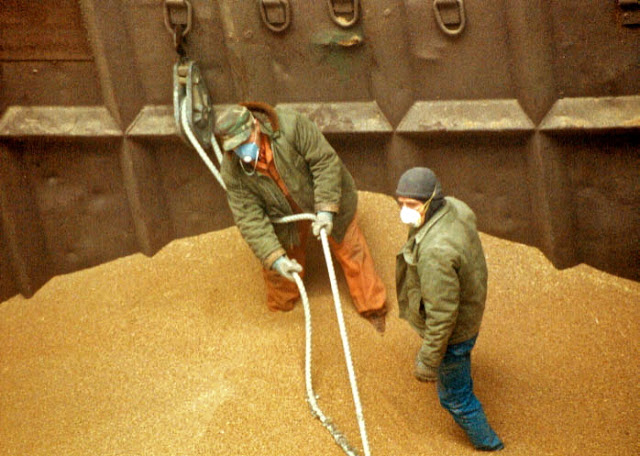 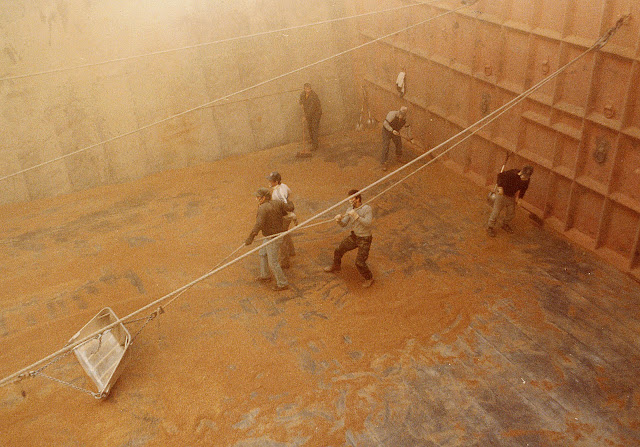 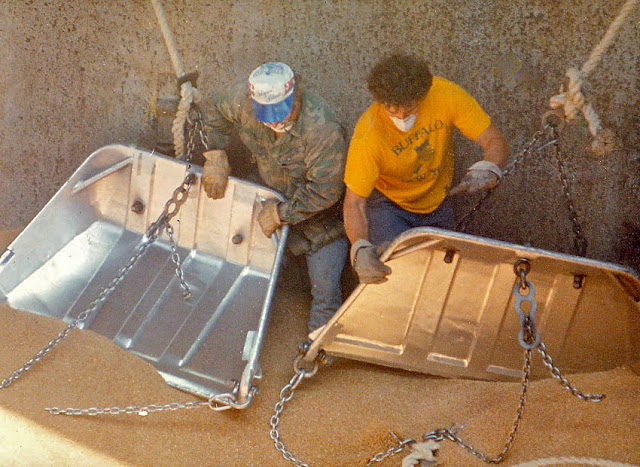 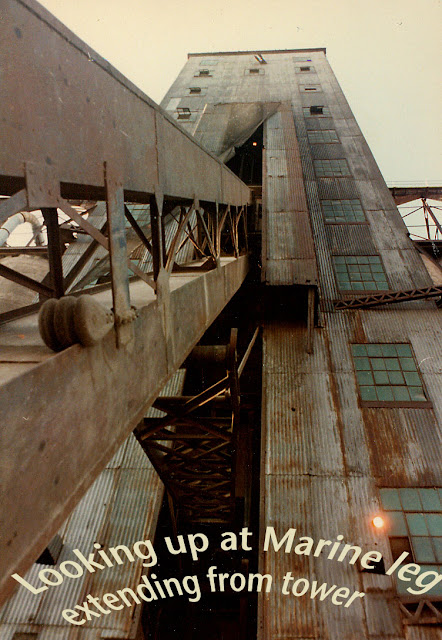 Great tribute to the Scoopers Jerry! Accurate without hyperbole. Kudos for your commitment to historical accuracy. I am Tom's son John, the Brakeman wearing the blue hoodie standing next to Bruce Grandy in the short quarter.