With so many athletes disrespecting the Flag at sporting events, do they even know why?  The Flag symbolizes the United States of America one of the most free countries in the world.  That Flag gave them the right and opportunity to follow their dream and play a sport that has given them the immense wealth to do something good in the world. What is their gripe with that? If you're protesting what happened in Charlottesville, social injustice in general, fine, but that isn't the Flags fault or America's. 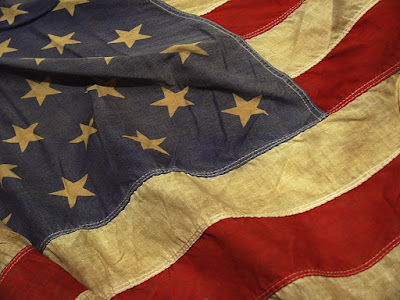 Protest the relatively few people who participated in that or  other  confrontations and condemn THEM, not the Flag.  Better yet, if you're going to get down on your knees during the National Anthem then do so in PRAYER for those on both sides, so they might cleanse their hearts and see the senselessness of their actions. Then you would be kneeling for something. (See Tebow) PRAY for this country to be strong again in it's ideals. Unifying this country begins with you.  Remember, you are not slaves. That may have been part of our history 200 years ago when the original Anthem was written, but Americans don't own slaves anymore. Get over that.

Oliver Wendell Holmes amended the Star Spangled Banner during the Civil War by writing a 5th verse with tribute to their new found freedom. (see link below) Bigotry and hate will always exist in some form.  The flag doesn't represent social injustice. It GIVES you the freedom to protest against social injustice. You should be at the games praising the freedom that Flag represents and those that died to give you that right. Don't become part of the problem be part of the solution. Outside the stadium, go into the communities and help solve the injustices you feel are there. Make speeches, talk to groups and use your wealth to spur change that supports, but doesn't undermine the basic freedoms and human rights that we ALL presently enjoy.
Human respect is what needs to be emphasized and that starts with each and every one of us. The American Flag and our National Anthem represents the people of America, and the very basis of our freedom. To protest the Flag is a protest against yourself, and an insult to me personally, for you and I are what makes up America and that Flag represents All Americans!  You are fighting the right battles but the wrong enemy. AMERICA is not your enemy. The divisiveness you have created is not going to solve the problems. If you truly hate this country however, then that Flag also gives you the freedom to leave any time you desire.
President Trumps' comments were comments we needed to hear from someone who took an oath to defend and protect the Constitution of the United States. When he sees the open hatred and disrespect on display, it is an insult to him and millions of other Americans. You say he used strong language? Not strong enough in my opinion.  He reacted as any human being would who just got slapped in the face. Anything less from him would have been disappointing. He is a strong leader that speaks his mind no holds barred. It is great to see a "real" person in office for a change, instead of a politically manipulated robot.  Very refreshing.


The 5th Verse of The Star Spangled Banner

When our land is illum'd with Liberty's smile,
If a foe from within strike a blow at her glory,
Down, down, with the traitor that dares to defile
The flag of her stars and the page of her story!
By the millions unchain'd who our birthright have gained
We will keep her bright blazon forever unstained!
And the Star-Spangled Banner in triumph shall wave
While the land of the free is the home of the brave.

Link with Full Story and Video